A technological masterpiece of eras past

Like all tan mills at the time, the Lohmühle in Goslar was used for beating oak, spruce and fir bark. This was necessary for extracting the tannins needed for leather manufacturing in the
Middle Ages. The first tan mills used tampers to beat and crush the bark. In a further procedure, the bark was shredded with the help of millstones, which refined the product further.

As the old manually-operated tan mills became less important towards the end of the 19th century, these type of mills with original fixtures have become historical landmarks of technology. Of the once 40 tan mills in Goslar, this is the only one still standing. With its
preserved and fully operational stamping mechanism, it is unique in Germany, and was carefully restored between 2011 and 2013.

Its special feature, the almost completely preserved technical equipment, impressively illustrates, even when standing still, how the water wheel and a number of gearing mechanisms worked together to drive the various mechanical processes by hydropower only.

Regular guided tours, during which visitors can see the mill in action, are offered on every first Saturday of the month at 14.00. The price for participating in a guided tour is 4 euro per person. 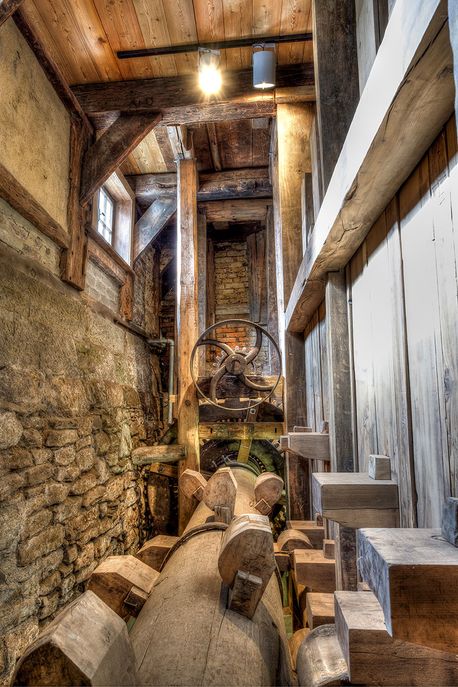